I was born in Italy in 1984. I studied at the School of Art in Urbino and I have a Masters Degree in Visual Design from the Academy of Fine Arts in Urbino.
Being born at Fabriano, a town with a historic tradition of paper making, I feel I have a strong bond with this material which I consider to be much more than a common object of everyday use. For me, paper is not just a support to cover with colour, but rather it is the true protagonist of the work of art.

My studies focalize on the necessity of leaving an indelebile mark on the paper by means of strong invasive action such as making holes and cuts in it. None of my works can be erased or covered over with colour. The paper has been cut, there is no going back; it has its own form, it tells its own story, like the human skin. Some of my works can be touched, eyes closed, to give them new form evoked through the sense of touch and the imagination. With others, instead, it is as like being immerged in worlds made up of cut-out layers which eventually sink into a dream.

Through the medium of paper I try to create new walks and broader landscapes to discover, suggesting a new relationship between us and each other and between us and our world. 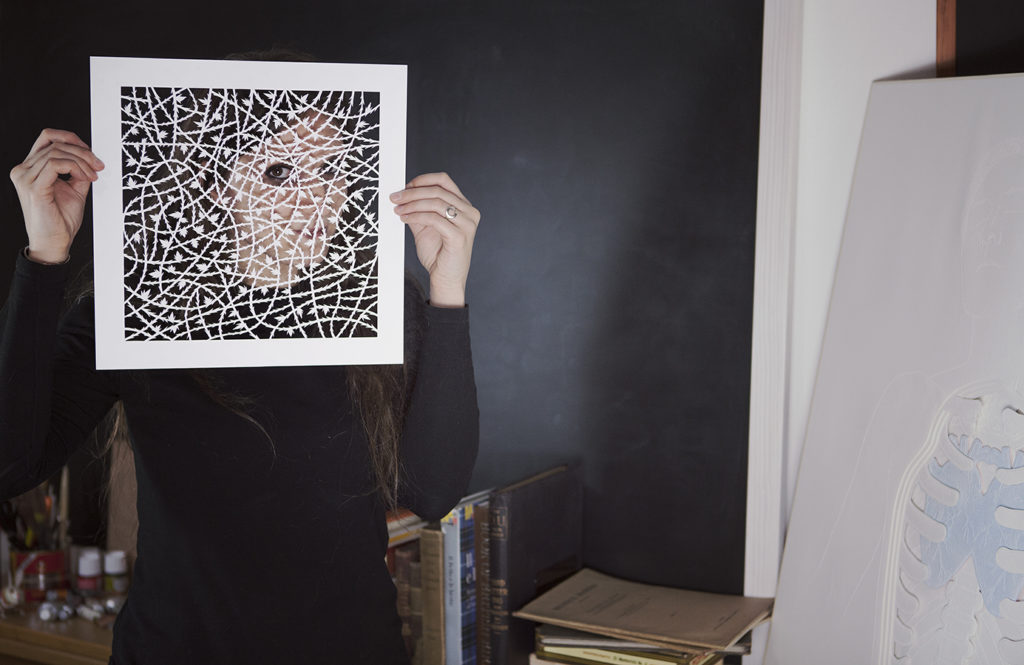 I work hard and I constantly evolving and developing my style.
I passionately believe that art is more than aesthetics; it serves as a conceptual statement that prompts us to improve ourselves and the world we live in.